When the majority of the smaller parties are calling for a reduction in the filing fees for presidential candidates announced by the Electoral Commission (EC), the Founder and Leader of the Ghana Freedom Party (GFP), Madam Akua Donkor, says she is more than ready to pay.

For her, the amount is ‘chicken change’, therefore, anyone vying for the high seat of the land should be able to pay.

This has caused uproar with minority political parties including the Convention People’s Party calling for the election management body to review the fees.

They argue that the multi-party system in the country would be defeated if it is characterised by monetisation.

Sharing her view on the development, Madam Donkor said though on the high side she will be able to pay.

The presidential hopeful, on Accra-based Atinka FM, said the GFP is financially sound and capable of paying any fee announced by the EC.

Madam Donkor, who was disqualified in the 2016 election, is very optimistic of contesting the December 2020 polls. 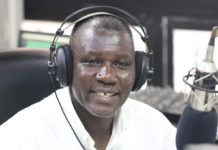