The Administrator of the Ghana Education Trust Fund (GETFund), Richard Boadu, has accused the Auditor General of not conducting a diligent performance audit report at his outfit.

According to Mr Boadu, the Auditor General misquoted and misrepresented a lot of facts in his report that was released about a week ago.

“We gave him no list but files containing about 9,000 names including bank transfers for him to help with the audit and he created his own list,” he said.

Speaking in an interview on Asempa FM’s Ekosiisen, Mr Boadu said if the Auditor General was diligent in his work, he would have discovered that GETFund caused Ghana no financial loss as being circulated in the media.

“The files contained names of applicants, approved and awarded scholarships. Out of the list he published, some of the fees and stipends were not collected and about 12 of the people including MP, Kennedy Osei did not even attend the schools,” he lamented.

Mr Boadu said the Auditor General, out of respect, should have provided GETFund copies of the report to facilitate deliberations before making it public knowledge.

A performance audit report of the Auditor-General on the administration of scholarships by GETFund revealed that Education Minister Matthew Opoku-Prempeh, Procurement Minister and Deputy Majority Leader in Parliament, Sarah Adwoa Safo as well as the Executive Secretary of the National Council for Curriculum and Assessment (NaCCA), Prince Hamidu Armah have all benefited from the scheme meant for brilliant but needy students. 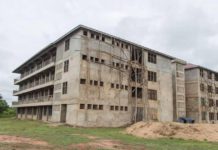 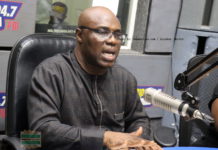