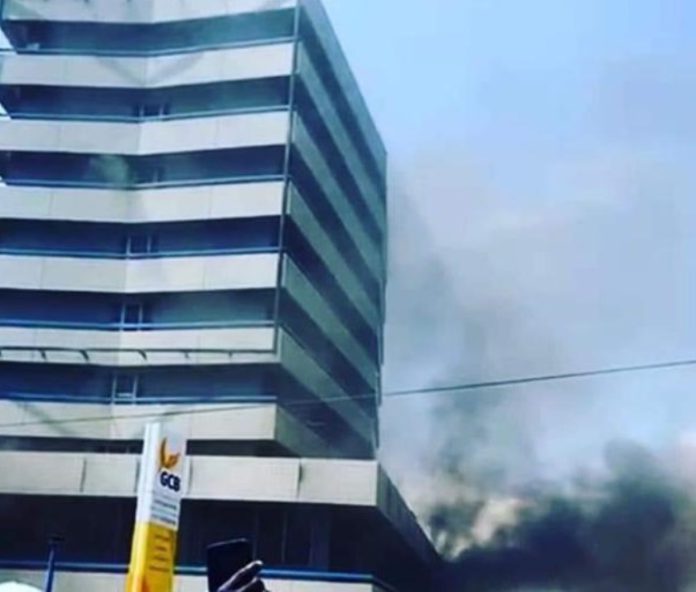 GCB Bank Limited has announced the closure of its Kantamanto branch, in the Liberty House Building complex, at the Central Business District of Accra, following a fire outbreak on Saturday, November 28, 2020.

“For safety precautions, Management of the Bank has accordingly closed down the Liberty Branch to allow for thorough assessment.

“As a result, the Liberty House Branch of the Bank will not be opened for business from Monday, November 30, 2020, until further notice,” the statement from the Bank, signed by its Managing Director, Mr. Kofi Adomakoh, said.

It advises customers of the Branch to visit Okaishie, Makola, Republic House, High Street, Boundary Road, Ministries, and any GCB Bank Branch of their choice or make use of the Bank’s alternate channels including internet banking, GCB Mobile banking, ATMs, and G-Money Mobile Wallet.

The statement explains that the fire, which was detected in a section of the Bank building in the early hours of Saturday, was successfully extinguished by personnel of the Ghana National Fire Service (GNFS) with support of the Ghana Police Service and GCB Bank internal security and Staff.

The statement also says there was no casualty during and after the fire outbreak and that the Bank, located on the ground floor of the building, was not affected by the fire, adding that the cause and extent of damage, were being assessed by the GNFS and other technical experts.

“While expressing our profound gratitude to personnel of the GNFS, the Police, customers, members of the public for the support offered the Bank during the fire outbreak, we also assure our customers that their funds are secured,” it added.