A galamsey operator, who robbed two students of Mabang Senior High Technical School of their mobile phones and money, has been sentenced to 18 years imprisonment by a Tepa Circuit Court.

Owusu Ansah, aka, CH, 19 years, and his accomplices, one ‘Supaar’ and Junior, now at large, compelled Owusu Asomani, one of the students to transfer GHC150.00 from Momo wallet onto another phone belonging to one of Ansah’s accomplices.

Suspect Ansah and his accomplices were charged with two counts of robbery.

He pleaded guilty and he was convicted on his own plea by the Court presided over by Gwendolyn Millicent Owusu.

Prosecuting, Chief Inspector Jonas Newlove Adjei, narrated that the first complainant, Owusu Asomani, was an 18-year-old and a form two student, while the second complainant, Theresa Afriyie, 19, was a final year student.

Chief Inspector Adjei said the accused persons were friends and resided at Akwasiase, near Tepa.

He said on September 21, this year, at about 6:30 pm, Asomani traveled from Amakrom near Tepa to Mabang Senior High Technical School.

Chief Inspector Adjei said Asomani who was on board a “Pragia” tricycle, alighted at Habitat Junction, near Mabang and decided to use a bush path leading to the school compound.

He said unknown to him, three of the accused persons were hiding in the bush, and Ansah and Junior, now at large, armed with jackknives, attacked Asomani and robbed him of his LG Mobile phone valued at ₵800.00 and cash of ₵11.00, one sure spray and also transferred ₵150.00 from Asomani’s Momo Wallet number to Junior’s phone after they had asked him to avail his pin number.

Chief Inspector Adjei said the accused persons then fled into the bush and at about 7:30 pm the same day, Ansah and his accomplices attacked Theresa Afriyie with their jackknives at a plantation, near Mabeng when she was heading towards the school campus to learn.

He said the accused person and his accomplices robbed her of an Infinix Hot 8 phone with an MTN Sim card.

Chief Inspector Adjei said the Headmaster reported the case to the Mabang Police and on October 1, this year, at about 5:30 pm, Theresa Afriyie saw Ansah at Akwasisase Town Park and with the assistance of the Police, arrested him.

He said when Ansah was searched, a jackknife was found on him.

Chief Inspector Adjei said during investigations, Ansah admitted having committed the offence with his accomplices and he confessed using the knife to threaten his victims.

He said on October 2, this year, the two students identified Ansah as one of the men who attacked and robbed them. 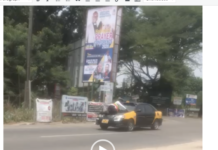 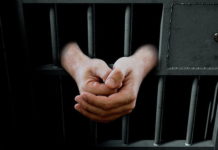