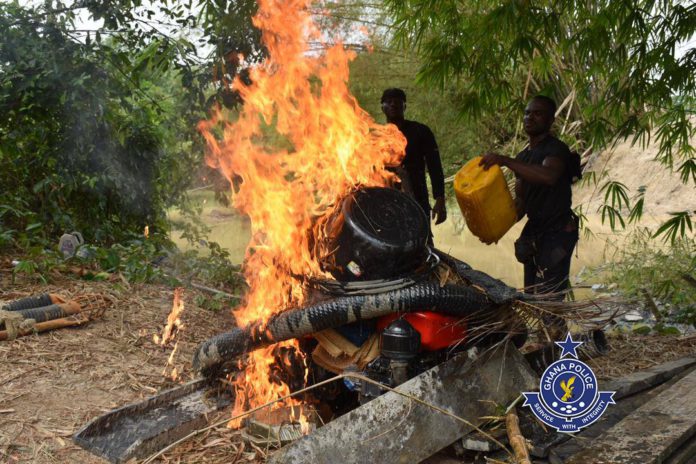 A former member of the Operation Vanguard team has revealed why it failed in the fight against illegal mining known as ‘galamsey’.

The security officer claimed the paltry allowance they receive after 21 days in the forest is not enough motivation to fight the canker.

The officer, who spoke on Asempa FM’s Ekosii Sen programme on condition of anonymity, claimed each member is given GH¢100.00 after spending 21 days in the bush.

‘Operation Vanguard’ is made up of personnel of the Ghana Armed Forces and the Police Service formed by the government to end illegal mining.

The team was tasked to end all forms of illegal mining and rid waterbodies of the ‘galamseyers.’ But this task seems to have fallen flat given the extent of damage to water bodies.

The reason, according to him, is that most of them have been compromised.

He cited how they sometimes make arrests in the mining areas and there is an order from above to release the suspects.

This, he said, serves as a disincentive to the officers, who have sacrificed their lives to fight for God and country.

However, he was happy the government had changed the strategy with the deployment of 200 soldiers.

He stressed the need for the government to ensure the soldiers are well motivated to be able to deliver the needed results. 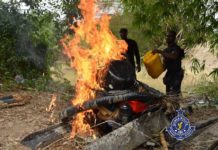 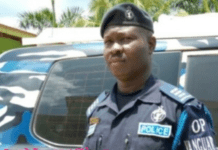 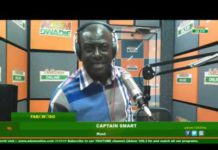