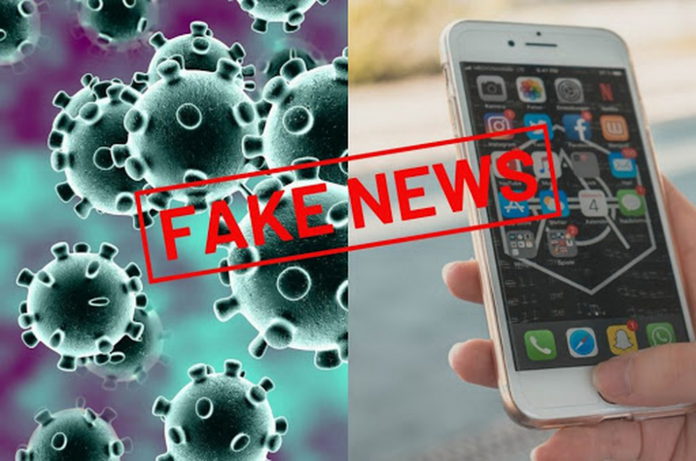 The advent of technology has made a number of things easy for humans. A century ago, it was practically impossible to acquire a university degree by way of distance learning. However, there are many persons who by the use of the internet have acquired degrees through e-learning.

With the power of technology, people from various continents can have meetings and make decisions at the same time. Technology has assisted people to meet their spouses, who without the advent of technology, would have been bachelors like myself.

However, the same technology is being used by some people for wrongful activities. During the run-up to the 2016 general election in Ghana, there were a number of fake news being circulated. These included pictures of persons printing ballot papers, news of key members of both the ruling and opposition parties at the time having said some unprintable words, et al.

In all these, I get worried when people sit down to manufacture fake news. However, I get even more worried when innocent yet ignorant people take it upon themselves to forward same without checking its authenticity.

As major cities in Ghana are enduring a lockdown, I have come across some ridiculous news. It is even more ridiculous that these news are been forwarded by personalities and on platforms I mistakenly believed was full of intellectuals whom I expected to know better. Such actions got me thinking whether or not people are aware it is an offence to publish fake news.

Section 208 of the Criminal Offences Act, 1960 (Act 29) makes it an offence to publish false news. The said section states as follows, “A person commits a misdemeanour if he publishes or reproduces a statement, rumour or report which is likely to cause fear and alarm to the public or to disturb the public peace”.  Not to muddy the waters but Section 76 of the Electronic Communications Act, 2008 (Act 775)also makes it an offence to knowingly use electronic means to send communication which is false or misleading and likely to endanger the safety of any person. (Take notice that, a person will be deemed to know the communication he is sending is false or misleading if he did not take reasonable steps to verify the authenticity of same.)

Malaysia has a similar provision to the provisions stated above in its Anti-Fake News Act, 2018. Section 4 of the Malaysian Anti-Fake News Act makes it an offence for any person who, by any means, maliciously creates, offers, publishes, prints, distributes, circulates or disseminates any fake news or publication containing fake news. In April 2018, a Danish national by name Salah Salem Saleh Sulaimanwas convicted by a court in Kuala Lumpur, Malaysia, for maliciously publishing fake news. He posted a fake video critical of police and upon conviction, was sentenced to a week in jail plus a fine of RM10,000 (about $2,500). .

It is worthy of notice that, it matters not if the person did not have reason to believe that the material being published or forwarded was false, unless it is proven that reasonable steps was taken to verify the accuracy of the material.

There has been circulation of a number of fake videos showing Police/Military brutality on citizens during this COVID-19 lockdown period. The frequency and intensity has been so remarkable that it has attracted comments from the number 1 gentleman of the land – H. E. Nana Addo Dankwa Akufo-Addo.

The example supra, is one among a thousand. The question is why people take delight in forwarding stuff by just reading the headlines?After the lockdown, elections 2020 is beckoning. Forwarding of misleading and/or false news is likely to be in ascendancy.

In all these, my advice to my readers is that, before you share any information, it will do you a lot of good to verify its authenticity. Failure to do so may land you in jail for a period of up to Five (5) years or a penalty of not more than Thirty-Six Thousand Cedis (GH¢36,000).

Let us all play an active role in limiting the spread of fake news. God bless our homeland Ghana and make us great and strong.