Fameye’s former manager, Ogidi Brown, is yet to come to terms with what he says is a ‘cheating case’ between himself.

Ogidi Brown who has described Fameye as immature and a cheat said inspite of his efforts at helping the latter to produce and release a number of hit songs he has failed to stick to his part of the contract that exists between them.

He alleged that Fameye defrauded him of over GHc120,000 but he has decided not to arrest him because he has a pending civil case against him.

“We have a signed a contract but he lost focus and went against the contract’s terms. You can’t spend someone’s money like that; over 1.2 billion. Per law, he is still under my record label because he personally signed the contract,” he disclosed in an interview with Zionfelix.com.

According to Ogidi Brown, six months prior to the Fameye’s exit, he did not receive his share from the monies paid for his over 50 shows.

He however revealed that though he commits the situation into God’s hands, he is yet to forgive him because when he thinks of doing so, Fameye provokes him with his immature attitude.

“Relaxing doesn’t mean I have forgotten the issue. I leave everything into the hands of God who doesn’t sleep. I don’t have any bad intentions for him because he is a kid who everyone knows is immature,” he said.

Additionally, Ogidi Brown disclosed he and his lawyers tried to contact his former signee but he failed to respond. 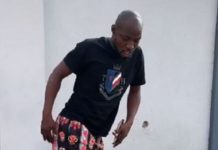 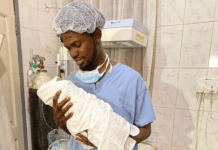 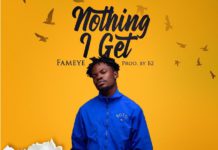 Chief Supt. Kofi Sarpong celebrates Fameye; this is why

5 arraigned for ‘freeing’ culprits who clashed with police at registration...