According to reports, he passed on after a short illness on Monday June 22, 2020.

The late Okley was appointed by President Akufo-Addo in 2017 to act as MD for the state-owned entity following the removal from office of his predecessor, Alfred Obeng Boateng.

But he resigned on August 23, 2019 over issues allegedly linked to contracts at BOST

The late Okley Mensah left behind a wife and four children. 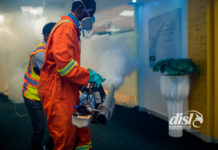 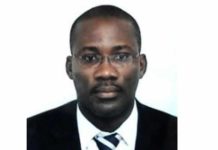