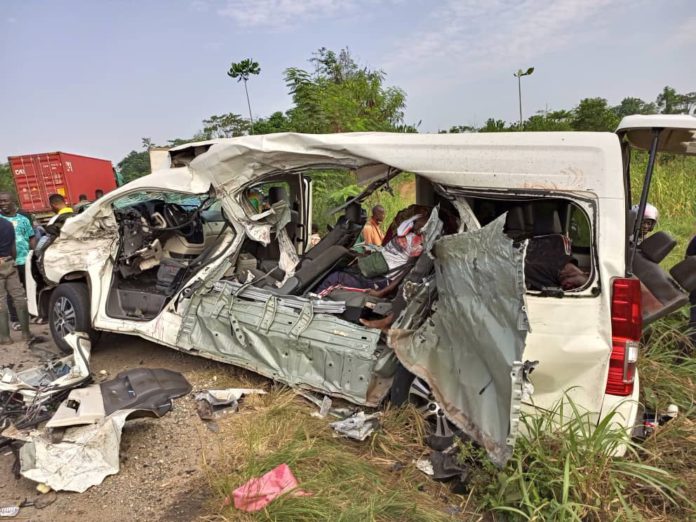 Five persons onboard a Toyota Haice bus have been confirmed dead in an accident at Anyinasin along the Accra- Kumasi highway on Thursday morning.

The deceased include three males and two females.

Several others, who sustained severe injuries, are receiving treatment at Osino and Kyebi Government Hospital.

The accident occurred when a speeding Toyota Corolla travelling from the Kumasi direction of the highway attempted to drive past a stationery truck in the middle of the road to the opposite lane.

The Corrolla collided with a Nissan pathfinder with a try plate number DV 5043B-21 driven by one Ransford Nuamah, a police officer.

The Toyota Haice with registration number GC 7230-21 which was following also crashed into the two vehicles and somersaulted severally.

Kyebi Divisional MTTD Commander, DSP Henry Agyemang, who confirmed the incident, said the police have begun looking into the case.

He advised motorists to be extra careful, especially as “we approach the Christmas season when accidents are rampant.”