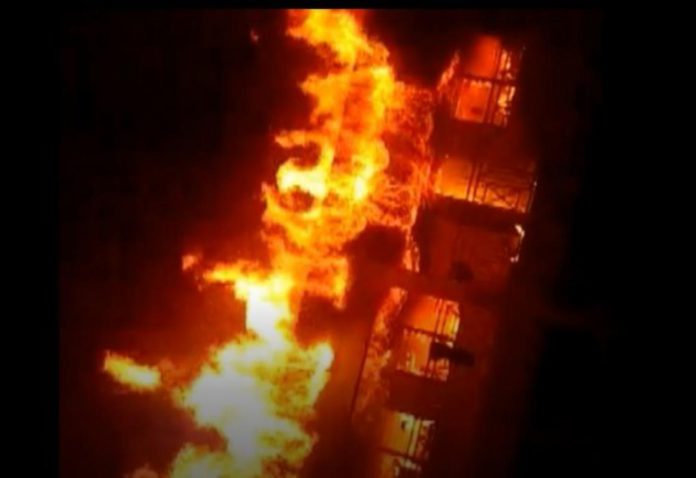 Eight female students of the Wa Senior High Technical School (SHTS), who were traumatised after a fire gutted the girl’s dormitory block last Sunday night, have been hospitalised at the Wa Municipal Hospital.

According to reports, the fire started after 8:pm when the girls were at prep. It affected five rooms on the top floor of the two-storey building of the dormitory.

It took an hour for personnel of the Ghana National Fire Service to douse the fire.

The cause of the fire is yet to be known but the fire was detected after one of the students saw the incident on her way to the dormitory.

Valuable items like reading materials, mattresses, food items, school bags and uniforms among others were all destroyed by the fire.

About 200 girls in the school have been displaced due to the inferno.

This is the fourth time in two years that a girl’s dormitory in the Upper West Region has been affected by an inferno.

Public Relations Officer with the Upper West Regional fire service, Iddrisu Mowai, said investigations are underway to ascertain the cause of the fire.