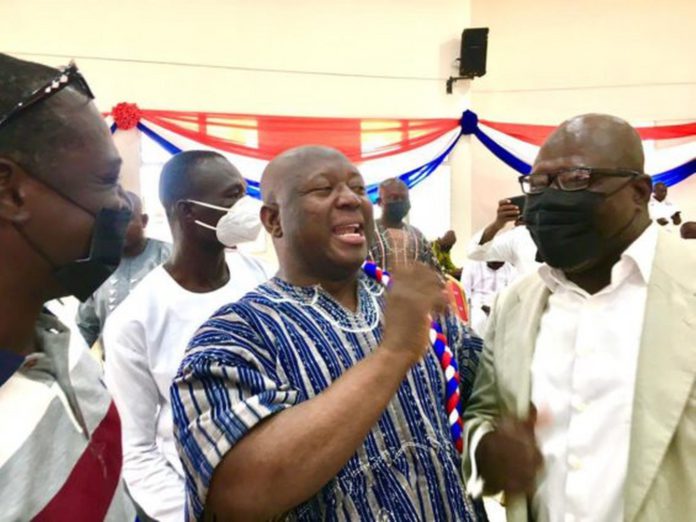 A leading member of the ruling New Patriotic Party (NPP) in the Upper East Region, Ing. Filson Awankua has charged party youth to propagate the good works of the Nana-Bawumia government.

This, he stated is a sure way of breaking the eight ahead of the 2024 general elections.

Ing. Awankua made the call when a youth group called Friends of Bawumea paid a courtesy call on him at his residence in Zuarungu in the Bolgatanga East constituency during the Christmas holidays.

He told the youth not to lose hope but continue to propagate the good works of the Nana Bawumia government to the grassroots in their various electoral areas.

Ing. Filson Awankua who is a household name in the Upper East, is seen as a dynamic, accessible leader by the youth and party stakeholders in the region with the capacity to change the narrative of NPP in the Upper East.

Filson has gained popularity among the constituency executives and elders due to his consistency in party activities after the last regional elections which he came second among the other five contenders.

According to some of the constituents, the fact that he never gone to sleep despite losing has won their hearts.

This was proven by two separate research work intercepted which indicates Filson Awankua obtaining 49% and 51% of the total polls, and his three potential contenders including the incumbent Regional Chainman Lawyer Anthony Namoo and the former Regional Chairman Muntala Mohammed sharing the rest of 51% and 49% are respectively among themselves.

Sources at the Jubilee House also indicate that, Filson is leading with about 14% difference gab in research conducted by the party at the National Delegates Conference which was held in Kumasi some few weeks ago.