The Chairman of the Ghana League Clubs Association (GHALCA), Cudjoe Fianoo, is calling on government to cushion Ghanaian clubs by extending some assistance in whichever form to mitigate the financial challenges facing the clubs in the wake of low patronage of the local league.

Ghana’s top tier league – the GPL – is witnessing poor patronage as the number of fans who attend matches keep dwindling, a development that is rendering the local clubs financially handicapped.

According to Luv Sports checks, Accra Hearts of Oak pocketed just GHȼ417.50 while the National Sports Authority got GHȼ60 when the Phobians hosted Tamale City on match day 11 of the 2022/23 Ghana Premier League on Saturday.

The pitiful gate receipt is attributable to the low turnout at the Cape Coast Stadium where only 188 supporters purchased tickets to watch the game.

Elsewhere at the Baba Yara Sports Stadium, only 3,009 tickets were sold when Asante Kotoko played Great Olympics on Sunday.

Luv FM and Nhyira FM have launched a radio campaign to highlight factors affecting low attendance at premier league matches and champion recommendations to improve patronage of the local league.

Speaking in an interview with LUV FM’s Stephen Zando in Kumasi as part of the #FillGPLCenters campaign, GHALCA boss Cudjoe Fianoo urged the government of Ghana to provide some assistance to the teams to alleviate the financial hardship they have been hit with.

“Something that touches the soul and heart of the citizenry, government must also show some concern.

“When industries were collapsing, government came to their aid, they met with the Association of Ghana Industries, they met with the Ghana National Chamber of Commerce to see what they can do and it is a fact that, some assistance was extended to some of them.

“So, if we are talking about the passion of the nation, this should not be the concern for only the industry players, I believe that the state should also come in.

“After all, in some jurisdictions governments are doing a lot of investment so, it should not stop at providing only infrastructure.

“Within the economic environment, it is not enabling enough, I think that we need help.

“The government should make room for the passion of the nation, when the Black Stars qualified for the World Cup, everybody forgot about the e-levy,” he said.

Hearts of Oak are out; we are organising Top 4 and not Top 6 – GHALCA 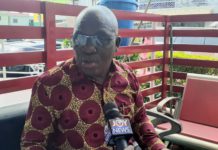 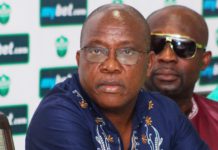