Residents of Walewale and its environs in the West Mamprusi municipality in the North East Region are living in constant fear following incessant armed robbery and other criminal attacks in the area.

The incidents have resulted in the loss of lives and life-threatening injuries over the past months.

The police in the area appear helpless, as they complain about the lack of the necessary logistics to deal with the menace.

Mobile money vendors, motorbike riders, commuters and market women are the biggest prey of the robbers.

Residents said the municipality had become a safe haven for the criminals, many of whom hid in uncompleted structures and bushes to track down their victims, particularly in areas such as Kukua-zugu, Wulugu and Sayoo.

Walewale, which is a major transit point with an active night life, has now been turned into a ghost town after 9 p.m. due to the now common robbery cases.

Sources told the Daily Graphic that the local police command lacked basic logistics and personnel to fight the menace.

The command is said to have only one patrol vehicle for operational duties, with a number of its vehicles broken down for some time now.

The source said, “we are just helpless; all our patrol vehicles have broken down, so we have only one vehicle, which is not enough for operations”.

In the opening two weeks of the year alone, four persons have been killed in as many robbery adventures, with others injured, some seriously, in the escapades.

On January 1, 2023, two suspected armed robbers were lynched by the residents of Sayoo, a suburb of Walewale.

The two were part of a gang that opened fire on a bus, with registration number AC 393-22, which was travelling from Bawku in the Upper East Region to Accra, when the bus reached the community.

Another robber was shot dead in a separate case, while two others sustained injuries in a similar robbery attack at the outskirts of Walewale along the Walewale-Tamale road last Thursday.

Some residents who spoke to the Daily Graphic expressed worry about the increasing spate of robbery attacks in the area and said the menace was taking a toll on their lives because it had created fear and panic among them, particularly traders and road users.

“In fact, there is insecurity in the town and everybody is living in fear. Armed robbers always attack and rob people of their valuables; some people have even lost their lives through robbery attacks,” a resident of Walewale, Shaibu Alhassan, said.

Another resident, Amina Yussif, called on the police to strengthen security in the area to curb crimes and ensure the safety of the residents.

The Chief Executive of the West Mamprusi Municipal Assembly, Issahaku Aremeyaw Somo, said the Municipal Security Council (MUSEC) was convening a meeting to deliberate on measures to clamp down on the menace.

He, meanwhile, appealed to the residents to support the security agencies to fight the robbery by volunteering relevant information that would assist the police to investigate and apprehend suspects. 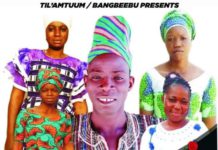 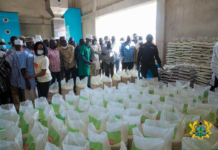