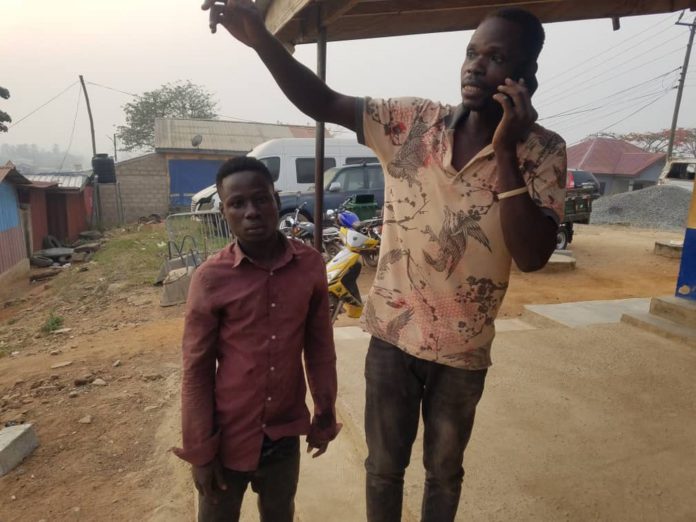 A man dressed in Police uniform, accompanied by two plain clothes men, have allegedly hijacked and stolen a tanker vehicle fully loaded with fuel in the Eastern Region.

The driver, Isaac Abban, in charge of a tanker vehicle with registration number GT-8109- 19 fully loaded with 54,000 litres of petrol was from Accra towards Kumasi direction.

He said he was stopped by the suspect in police uniform at about 9:00 pm Thursday, January 12, 2023, at Okanta stretch of the Accra to Kumasi Highway.

However, because he was descending he could not stop abruptly.

The alleged police officer and the two other men pursued the vehicle with a taxi, arrested the driver and the mate on the road, forcibly took away the key of the vehicle, and sent them to a house on the road under guard instead of Amasaman Police Station which they initially assured.

The mobile phones of the victims were also seized and taken away.

The police officer, however, left two plain clothes men behind the tanker vehicle under the guise of protecting it.

The victims were released by the alleged Police officer from their custody Friday morning around 5:30 am, however, the tanker vehicle was nowhere to be found.

The driver and mate werevstranded and have made a report at Teacher Mante Police Unit.

Meanwhile, the Ayensuano District Police Commander has arrived at the scene to support investigation into the incident.