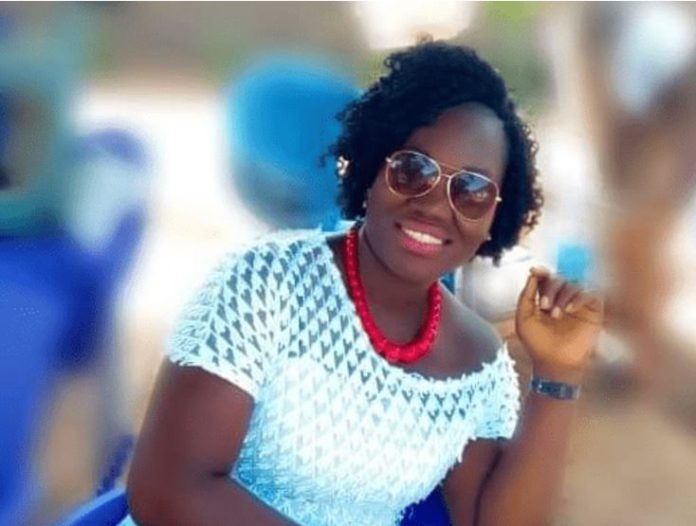 Exactly a week ago, on the evening of Monday 27th May 2019, my sister Joana Maame Besiwa and I were attacked by armed robbers on our way to Accra from Saltpond.

It was the most traumatic and harrowing experience in our lives. A day which started so beautifully with our little sister’s graduation at UCC turned out to be our worst nightmare as we experienced a life-threatening encounter with armed robbers at about 8:30 pm around Gomoa Potsin [after Winneba].

We set off from Saltpond at 7:30 pm and as is usual of that highway, we crossed about 6 police barriers before getting to Winneba Junction.

Just about 5-minutes’ drive after crossing the 7th police barrier, all we saw was a “Rambo-style” action, where a gentleman jumped from nowhere and fired two warning shots and commanded every car to stop.

I immediately rolled up my car windows and slowed down because the car ahead of me had stopped. Just when I whispered to my sister that we were under attack by robbers, a guy appeared at my front passenger side and tried to yank the door open but it was locked.

He kept forcing his way to open the door, even causing the car to shake and at a point, tried to smash the window. I became alarmed and rolled down the windows.

The robber first asked for our mobile phones and told me to turn off my car lights. We handed the phones over to him and he asked us to bring the money.

ALSO READ: Here’s why dating today is so hard, according to experts

We told him there was no money but he swung the door open and picked my sister’s handbag.

I started gathering any money I could find in the car and handed it to him.

He then exclaimed “wei p3?”…… we both responded in the affirmative but not being convinced, he ordered us to get out of the car and lie down, which we obediently obeyed. We began to beg him not to shoot us.

I was so frightened that I even forgot to turn off the engine and remove the key from the ignition.

The guy moved to the car and ransacked everywhere, picking anything that was of interest to him.

During all this period, other members of the gang were ransacking other cars while firing sporadic warning shots.

When the guy had finished with our car, he moved to join his other colleagues who were operating on the other 3 cars that were heading to Accra.

When they had finished with all the 4 cars, they run to operate on the cars that were heading to Cape Coast/Takoradi/Elubo, still firing some warning shots in-between.

As we lay on the ground, we could hear them shouting at other drivers and passengers, while instructing them to part with their valuables.

In the heat of all this, we heard one robber instructing a lady to “remove her brassiere”. We became very frightened and it was at this point that we decided to crawl into the bush for safety since we could not tell what their next line of action was going to be.

While in the bush, a 5th car which got to the scene quickly made a U-turn back to Winneba, giving us some HOPE that the driver would inform the police for them to arrive soon.

That hope started waning as we kept running up and down in the bush, not knowing where we were headed. We silently prayed for either the police to arrive or the robbers to finish their mission and run away so that we could also get out of our hideout.

We saw 4 other gentlemen from the other cars who had also run into the bush for safety and after hiding for close to an hour, the police patrol team arrived and we heard some voices calling us to come out of the bush.

It was when we came out of the bush that one passenger informed us that the robbers had bolted with their 2018 registered Toyota Hiace passenger bus which was heading to Elubo, after robbing the passengers of all their belongings.

These passengers were therefore stranded in the middle of their journey. In our state of shock, fear and panic, we stood beside my car to regain our composure and drove out of the place after the police patrol team had left.

Less than 5 minutes after driving off, we got to another police checkpoint. In a confused state, I tried to interact with the policemen about the just-ended encounter with the robbers.

Their responses and body language just told us that they “cared less” about what happened to us. We continued our journey and later met 4 policemen at the Budumburam checkpoint.

We recounted our ordeal to them but their posture and demeanour, made me LOSE HOPE. They were so nonchalant and even laughed at us.

I just wept silently and drove on. In my mind, I kept asking myself if this is the same GHANA I knew. The only thing that put my mind at ease was the fact that my sister and I were safe and none of the commuters who were caught up in this awful ordeal was harmed.

Our third encounter with another patrol team was nothing to write home about. We drove gently to our big brother’s house to recount our terrible and harrowing experience to him.

One week down the line and I’m yet to fully recover from the memory of being caught between the devil and the deep blue sea.

Considering the fact that the incident happened between two police checkpoints and it took the patrol team close to one hour to arrive, and the fact that there is only ONE WAY from the point where we were attacked to the Potsin Police checkpoint, I am tempted to ask how the robbers managed to drive back towards Accra without being arrested at the barrier.

I think that Ghana is becoming increasingly insecure and the authorities have to rise up and nip this canker in the bud.

Personally, I have had 3 different robbery attacks at 3 different locations within a period of 6 months.

This is very alarming and I think that the security services need to up their game.