Though he admitted being a womaniser, who slept with numerous women, he explained the award winning gospel singer was never one of them.

According to the producer born Marx Morris Twumasi, the musician is like a big sister to him and the relationship that exited between them was strictly professional.

“There was no iota of truth in that story and even till date, we talk about this and laugh because there was no way Esther could have fallen for me since I was a bad boy and she was the spiritual church lady kind of person,” he told media personality, Stacy on the Restoration show.

He said but for his efforts, the musician, who was really depressed, would have given up on her career.

However, through his words of encouragement and counsel, the Gye no di hitmaker found herself again and that offered them opportunities to record more songs together.

“I urged her to forget about all the negative comments and rather focus on her career so it was within that period we recorded the ‘May3 Nhyira’ song,” he said. 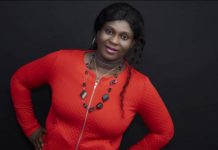 Latest photos of gospel musician Esther Smith will shock you