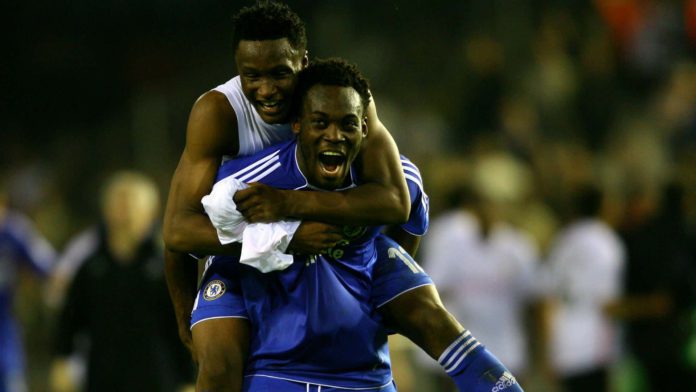 Mikel revealed that Essien, who was nicknamed The Bison for his midfield qualities, was a source of learning and inspiration. He explained that Essien always described him [Mikel] as a good player.

To Mikel, the comments of Essien enabled him to grow in confidence.

“Michael Essien really helped me. Michael always told me I was a good player and just reminded me to bring the ball down, control and pass.

“If you need to dribble, dribble. If you don’t need to, just pass. You are strong. You are fast, too. If you can, just push the ball past and run, run, run because they cannot catch you.

“He was the guy who really helped me and made me have a lot of confidence,” Mikel said in an interview.

Mikel, who joined Chelsea in 2006, made a total of 372 appearances for Chelsea and lifted the Premier League title twice and the 2012 UEFA Champions League title.

He indicates that signing for Chelsea was a move that exposed him to lots of stars one could only dream of.

“Suddenly, I was sharing a dressing room with all these players I had watched on television back in Africa,” Mikel told The Athletic.

“I was sitting next to Lassana Diarra. I would be there thinking, ‘Oh my God, it’s Didier Drogba. It’s Frank Lampard. It’s John Terry’,” Mikel said.