The ongoing microphone saga between gospel artistes Joyce Blessing and Cecilia Marfo has reminded Empress Gifty of her ordeal during her difficult time of divorce.

Singer Marfo became the talk of the town after snatching a microphone from Miss Blessing under the influence of the Holy Spirit – to order her to return to her husband.

The action has been translated as an embarrassment to Miss Blessing, and the latest to sympathise with her is singer Gifty.

To her, if indeed Miss Marfo had such a prophecy, the most appropriate way of transmission should have been the backdoor, not in front of thousands of congregants present and online.

She said she went through similar stigmatisation from Miss Marfo when she announced her divorce to the extent that singer Marfo ordered that they should not play her (Gifty’s) songs in her church.

“Divorce is not a curse: I don’t understand why someone should be shamed because she decided to pack out of a union that is not working. Spirituality does not revolve around marriage. This is the reason why fornicators and liars fake to be righteous just to be seen as Holy Ghost-filled,” she said in high tempers.

The Aseda composer said if singer Marfo is not called to order, more women will fall victim to her ‘evil ways’. 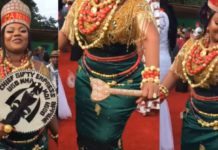 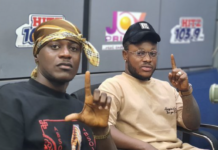 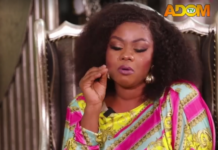 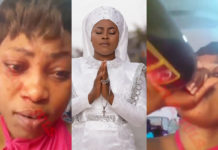