Government has announced that an amount of ₵57,460,000 has been released to the colleges of education across the country.

The said amount is expected to cater for feeding as well as cover the students’ allowances of the 46 colleges.

This was disclosed by the Spokesperson of the Education Ministry, Kwasi Kwarteng in a press release on Thursday.

The release comes after reports that the government had defaulted in the payment of teacher trainees’ allowance for about seven months, as the country is plagued with economic hardship. 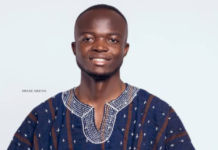 Contractors abandon major projects in Colleges of Education since 2016 – TTAG