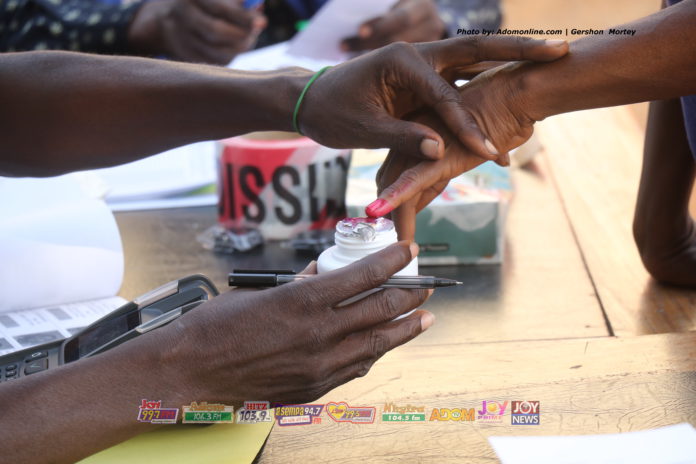 The Electoral Commission (EC) has sacked three temporal electoral officials at Sagnarigu in the Northern region for gross misconduct.

This follows theft of eight Form 1A from their district office by a polling agent of a political party.

The suspect, Alhassan Abdullai Mohammed who was arrested is still in police custody.

A statement signed by Acting Director of Public Affairs, Mrs. Sylvia Annoh said they decided to sack the three officials manning the registration kits in the area to serve as a deterrent to others.

“This comes to assure the general public that the Electoral Commission will no shield any staff; permanent or temporary, who engages during the voters registration exercise” the statement added.