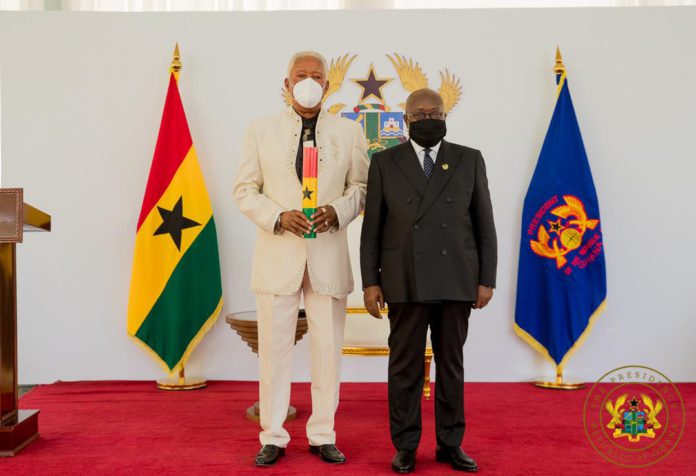 A Council of State Member, ET Mensah, has opened up on his friendship with President Akufo-Addo which dates back to the years and has continued to date despite their political differences.

According to him, they became close when they both served as Parliamentarians, representing Ningo-Prampram, in his case and Akyem Abuakwa in Akufo-Addo’s case.

He also revealed he is an in-law to Mr Kojo Mpiani, a kingpin of the NPP who was Chief of Staff to former President John Agyekum Kufuor.

He explained his daughter got married to the son of the NPP kingpin in the United States of America.

This was in a meeting at the Tema Metropolitan Assembly (TMA) while advising Assembly members that political differences need not be synonymous with enmity.

The meeting was also attended by the MP for Tema East, Mr Isaac Ashai Odamtten