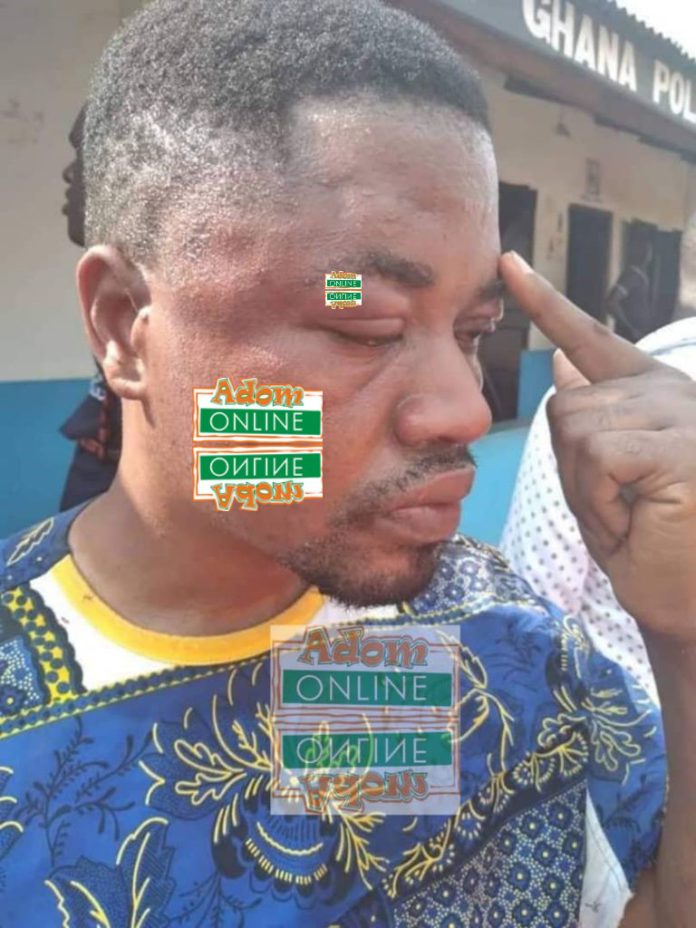 A member of the ruling New Patriotic Party (NPP) communications team in the Jaman South Constituency in the Bono Region has allegedly been lashed for disrespecting a Queen Mother.

Baffour Asare Kofi Israel was allegedly given 40 strokes of canes at the Drobo palace for insulting the Queen mother of Drobo Traditional Area, Nana Yaa Ansuaa.

However, the Drobo Queen mother and the Traditional Council have denied knowledge of the said punishment.

They said after voting, the Council members took their separate ways and no meeting was held in relation to that.

The situation is believed to have gone haywire following a long-standing rivalry between the NPP and the Council.

In an interview with Adom News, Mr Asare denied ever insulting the traditional leader.

According to him, he was going about his duties when he was tackled by some young men and conveyed to the palace where he was subjected to the lashes.