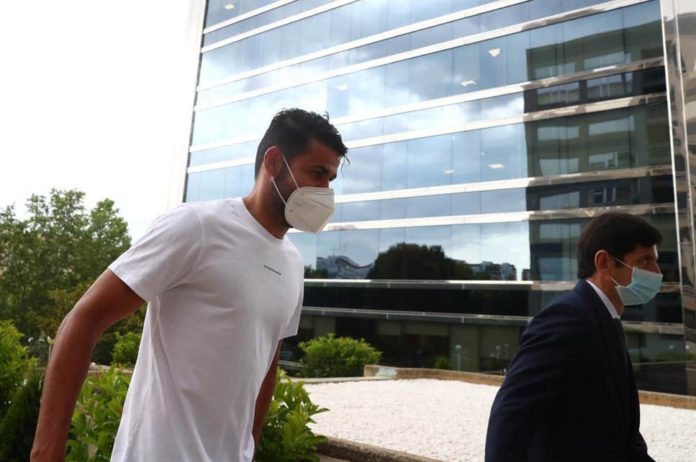 Costa, 31, pleaded guilty to defrauding the state of more than €1m by not declaring payments of over €5.15m from his 2014 move to Chelsea in the UK.

In addition, he did not declare more than €1m in image rights.

Under Spanish law, he will not serve jail time after agreeing to include an additional €36,500 to his initial fine.

The country’s legal system allows sentences under two years for non-violent crimes to be exchanged for a fine.

Costa, who appeared in court wearing a mask due to the Covid-19 pandemic, re-joined Atletico from Chelsea in 2017.

“Diego Costa reached an agreement a few months ago with the prosecutor and has already paid the corresponding fine plus interest, and the request for a prison sentence was withdrawn,” an Atletico spokesman told the Reuters news agency.

Costa is one of a number of football stars convicted of tax evasion by the Spanish authorities.

And Portugal and Juventus player Cristiano Ronaldo cut a deal with a court in Madrid in January 2019 over tax avoidance charges, accepting an €18.8m fine.

The recent crackdown on high-profile footballers follows the removal of a tax exemption in 2010. Known as the “Beckham law”, it had allowed footballers to curb their taxes.

Kroll and Associates contract did not require parliamentary approval – Attorney...