Television presenter and entrepreneur, Delay, has sent her admirers packing as she finds love in American President, Donald Trump.

The modern day Mordecai, as she calls herself, did not hesitate in making her heartfelt emotions known in one of her Twitter posts.

Mr Trump’s kindness won Delay’s heart and she is ever ready to be his African wife, despite being a married man and father-of-five.

The trick for Mr Donald was approving a major Disaster Declaration to provide some millions of dollars to Michigan after their dam-break flooding.

This move makes it the second time Delay has tried her possible best to grab Mr Trump’s attention; the first was when he pleaded with her ‘American husband’ to help her market her Delay foods to some international supermarkets. 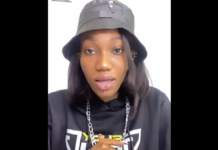 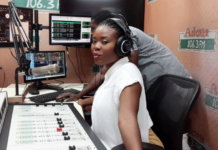