The Ghana Police Service has disclosed that some 1,584 persons have been arrested in the country for failing to adhere to Covid-19 safety protocols.

Director of Public Affairs at the Service, Sheilla Abayie-Buckman, said the number constitutes arrests made since President Nana Akufo-Addo issued the restrictions in March last year following the outbreak of the Covid-19 pandemic in the country.

Out of that number, “453 persons have been sent to court and 237 were acquitted, 144 were granted bail by the court, 70 were convicted and made to serve various punishments including fines, and two are on bench warrant.”

She made this known at a press conference Thursday, held by the Information Ministry to update the public on Ghana’s Covid-19 situation and measures taken to mitigate the impact of the pandemic on the country.

During the press conference, she indicated that the police service has intensified its efforts in ensuring that the Covid-19 protocols are observed by the general public as directed by President Akufo-Addo.

According to her, since President Akufo-Addo charged Inspector-General of Police, James Oppong Boanuh, to step-up the enforcement of the mask-wearing directive (in his 22nd update), 961 persons have so far been arrested.

Giving a breakdown of the numbers, she said Greater Accra recorded the highest number of arrests with 330 arrests out of the 961 made.

She added, however, that some persons have been released on bail.

According to her, the police issued “verbal caution to 484 persons who were discharged” while some 477 persons were also issued written caution and granted bail afterwards.

“They were all made to wear their masks and do so properly,” she said.

She added that the government is embarking on sensitisation programmes to intensify public education on the need to observe the Covid-19 protocols and the need to keep the virus under control. 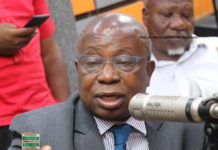 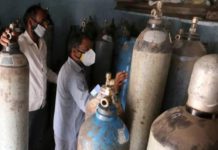