Ghana Premier League clubs will incur the wrath of the Ghana Football Association [GFA] should they fail to adhere to the Covid-19 protocols, General Secretary, Prosper Harrison Addo, has said.

His comments come after more than 25 percent of Hearts of Oak supporters were seen at the Accra Sports Stadium on Saturday in their game against Great Olympics.

The game, which ended 2-0 in favour of Olympics, has grabbed the headlines but the Phobians will play the rest of their home games behind closed doors for failing to ensure the required 25 percent of supporters will be at the stadium.

Mr Addo said clubs will be sanctioned should they fail to abide and adhere to the Covid-19 protocols during matchdays.

“There will be more sanctions in the coming days because we won’t allow anyone to take the 25% of spectatorship granted us for granted,” he told Asempa FM on the Ultimate Sports Show.

“The GFA will crack the whip on any club that violates the COVID-19 protocols at our various stadia,” he added.

He further slammed the hierarchy of Hearts of Oak for failing to ensure the required fans will be at the stadium.

He tasked them to be truthful in order to be able to resolve the issue with the country’s football governing body.

“The leaders of Hearts of Oak should be truthful to themselves so we can resolve the issue,” he said.

“We had to fight some club officials for allowing people in, which was unfortunate.

“Some club officials of Hearts of Oak must bow their heads in shame, for allowing people into the VIP stands illegally. The number at the VIP area was more than required.

“We won’t sit back and watch our 25% spectatorship taken away from us, the rules are clear so the clubs should follow them,” he added. 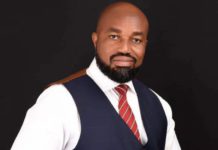 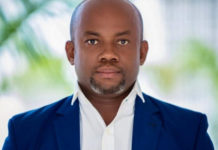