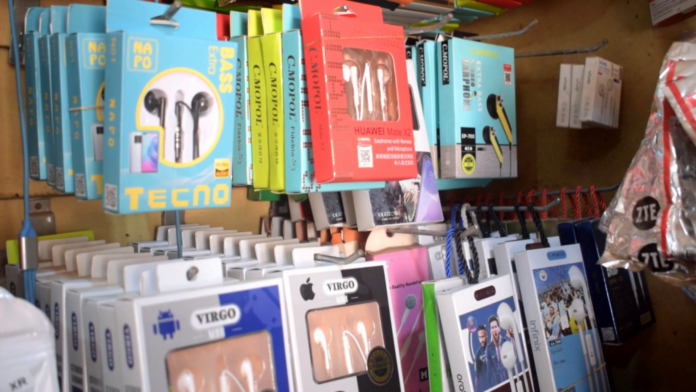 The cost of mobile phone repairs and prices of accessories have shot up in Kumasi.

Dealers in phone accessories say high import charges and the depreciation of the Cedi are factors influencing the increase in prices.

Retailers and repairers say they are losing income as patrons now prefer buying new phones to repairing faulty ones.

Taller has been repairing phones for more than 10 years.

Before android and iPhones flooded the Ghanaian market, the popular “yam” or “china phones” came in handy.

The yam phone accessories were cheaper, but lately, accessories of android phones are expensive.

Taller points to the importers for the persistent increase in the price of phone accessories.

“Our suppliers are charged high fees for the imports. In order not to run at a loss, they increase the prices of the accessories. Now, the prices of phone screens are higher than the prices of some phones. I charge for workmanship as well,” he said.

This has deterred a lot of people from repairing their phones. Many would rather buy new ones. Some phone users spoke to Luv Biz on how the cost of repairing phones has shot up.

Another said, “I would rather buy a yam phone and use. Repairing my Samsung phone would cost me GHC1,000. I know I will lose my photos and data, but what do I do?” he asked.

Samuel Prah, a dealer in phone accessories, said his suppliers blame the depreciation of the cedi against the dollar for the current situation. Samuel does not want to lose customers. He is, therefore, compelled to adjust prices to attract patrons.

There are times, altercations ensue. “Some customers come here and they want to negotiate. I refuse and they end up arguing with me. Others wait and hope I reduce prices. I try explaining that our suppliers pay high taxes at the port, but they seem not to understand,” he said.

This situation, the businesses have observed, has deterred a number of people from repairing their phones.

Traders are worried this will cripple their businesses in the coming years.