Idris Elba has spoken out against critics who suggested his wife Sabrina Dhowre Elba should not have been by his side when he announced he had tested positive for coronavirus.

The Luther star, 47, posted a video on Monday night confirming he has tested positive, but appeared with his model wife in the video, who has not been diagnosed with the virus.

United Kingdom government guidelines advise those who have tested positive should ideally self-quarantine in their home, away from other family members who have not been diagnosed.

Idris took part in a Twitter Live video on Tuesday evening to give his fans an update, 24 hours on from his diagnosis.

The actor reassured fans he is feeling well, explaining: ‘Yesterday was good and bad. Bad because I tested positive, but it was also good because it opened up a lot of conversation around it.

“There was so many positive responses to, you know, me talking about it. Some negative too. But there were some definite positive ones. I certainly felt…my wife and I felt like it was the right thing to do, to share it with you guys,” he added.

“He went on to address the ‘negative’ comments he had received about choosing to be with Sabrina, explaining the couple, who married in 2019, had calculated the risk.

He also explained Sabrina has now been tested. “Sabrina’s good too. Sabrina today finally managed to get a test, and we’re thankful for that. Generally, Sabrina’s fine. Nervous of course. Worried. Just for clarification, Sabrina wanted to be by my side.

“As much as we talked about her not coming to where I am, she did and wanted to and I love her even more for it and I would do the same for her.

“As much as I wanted her to keep safe, we presumed if I had it, the likelihood she would have it too, we calculated that risk,” he went on.

“When something like this is going on in the world, love is all you can get, who am I to turn down my wife’s support?”

The British actor urged his followers to spread love and advised families to follow guidelines but do what works best for them.

Elsewhere in Tuesday night’s video Idris appeared to confirm he had contracted the virus from Canadian Prime Minister’s wife Justin Trudeau Sophie, 44, after the two met shortly before they both tested positive for COVID-19.

The actor revealed that he was exposed to the deadly disease on 4 March, the same day he posed with Sophie at the We Day UK charity event, in Wembley.

‘That’s when the person that came up positive, that was the time I got in contact with that person.

‘So essentially, I could have been positive from March 4, but it’s hard to say when I contracted someone with corona, you can contract it at anytime but my known exposure was March 4.’

Idris met Trudeau’s wife Sophie, who has also been tested positive for COVID-19, on 4 March at a We Day UK charity event, in Wembley.

Posing for photos together at the event, the pair were in close proximity to each other, as well as other celebrities such as Lewis Hamilton, and attendees.

The actor also added in the video: ‘On Friday, last week, I was told that someone I had been in contact with had tested positive.

‘I am on location about to start filming. The news breaks that this person, who is also in the public eye, has tested positive.’

Idris then addressed backlash as to why he was tested for COVID-19 after he had ‘no symptoms’ and ‘felt ok’.

“My job made me test immediately, I had to test anyway, as it meant I was putting a lot of people at risk if I had been exposed. We were lucky to get a test very quickly because of the shortages of the test.

“It was the best thing to do, I was going to be around a lot of people starting this film.”

Although the star admitted that he is worried as he suffers from asthma, he added: ‘I have asthma, so I sort of fit into the high category of most at risk.

“I have a respiratory issue and I have had asthma all my life. Catching corona was definitely not on my bucket list at all but even my asthma is OK.

He reassured his followers that at present he is feeling fine, explaining: “Right now though, I am feeling okay. Woke up this morning, didn’t have any symptoms. My voice is a little tired…checking my fever twice a day. Feel good, feel okay. Been doing a lot of reading about it. You know, asymptomatic is what comes up,” Idris explained about his status.

Idris revealed he was inspired to share his coronavirus story after fellow actor Tom Hanks also shared that he tested positive for COVID-19. 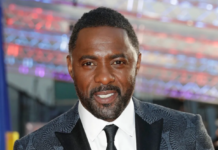 James Bond producers say Idris Elba may be next 007 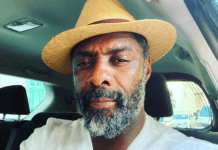 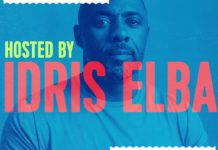 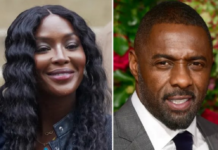 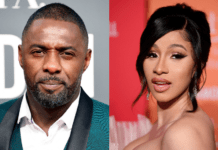 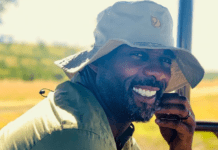