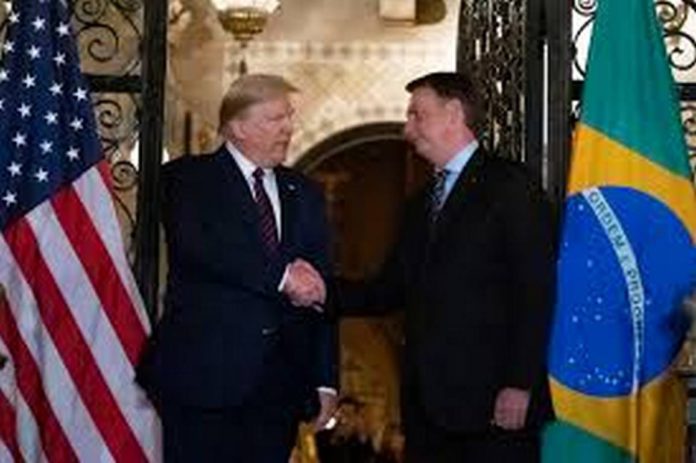 It has been announced Brazilian president Jair Bolsonaro has tested positive for coronavirus.

It comes just six days after he met United States (US) President Donald Trump at the Mar-a-Lago resort in Florida, along with his press secretary, who was diagnosed with the disease following the trip

Bolsonaro dined with US President Donald Trump at Mar-a-Lago resort in Florida on Saturday night, along with his press secretary, who was diagnosed with the disease following the trip.

Pictures and video show Trump, Bolsonaro and his press secretary Fabio Wajngarten all in close proximity on March 7.

Wajngarten was tested in Sao Paulo and received his positive result on Thursday after showing signs of flu.

Trump however told reporters on Thursday: “I’m not concerned.”