There is confusion over delayed payment of monies for caterers of the School Feeding Programme in the Central region.

The monies which are made through mobile money (Momo) accounts are said to have been released but allegedly stashed in the account of the New Patriotic Party (NPP) Central Regional chairman, Robert Kingsford Kutin.

A member of the Central Regional Security Council and NADMO Director, Joe Donkor claims one Khadidja Anderson told them about the presence of the money in the chairman’s account at a meeting held at the Regional Secretariat.

Speaking in an interview on Adom FM’s Dwaso Nsem, Mr Donkor said there was a recorded tape of Madam Khadija to that effect.

He said an amount totaling about GH₵21 Million was in the said account in Chairman Kutin’s name.

However, Madam Khadija, a staff of the Central Regional Secretariat of the Ghana School Feeding Programme who also spoke in the same interview fought off the claims.

According to her, the tape has been doctored to tarnish her image as she bemoaned why someone will record her at such a meeting.

She added that the payments have been delayed due to the absence of a momo merchant account to be used to hold the money for the transfer to the caterers.

Another reason for the delay, she said, was due to invalid details provided by some of the caterers. 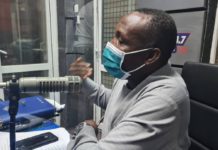 Why John Boadu will not contest NPP chairmanship

NPP Chairman asked to step aside over alleged misconduct 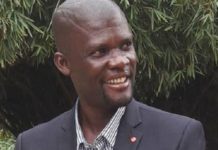