Mr Aidoo described as sad, the opposition’s refusal to cast its mind back on what happened under its regime compared to the transformation under the incumbent administration.

His comments come on the back of a press release signed by the Member of Parliament (MP) for Asunafo South and Ranking Member for Agriculture, Eric Opoku.

They described as appalling the refusal of the Akufo-Addo government to release seed funds to LBCs for the purchase of cocoa for the 2020-2021 cocoa season.

However, speaking on Asempa FM’s Ekosii Sen, Mr Aidoo described the statement as needless, adding it is inaccurate to suggest that the delay is deliberate.

“Our crop season starts from September and ends in October and we all know the adverse effect of the covid-19 pandemic which has also affected the syndication done in London and not in Ghana.

“But we had to do everything virtually in Ghana since we are in an unusual time and the officials who we would have engaged one-on-one are now all working from home so the bargaining of interest rates has not been easy,” he said.

He explained the cocoa seed funds of $1.3bn had to be syndicated from different banks in London which is not a small task to undertake.

Mr Aidoo, however, assured the money, which usually comes between 10th and 15th October each cocoa year, is in and ready for disbursement.

We are facing the worst economy in the Fourth Republic – Mahama 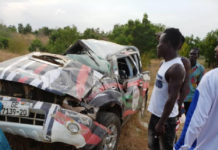 Election 2020: A choice between NPP and ‘okada’ manifesto – Gabby