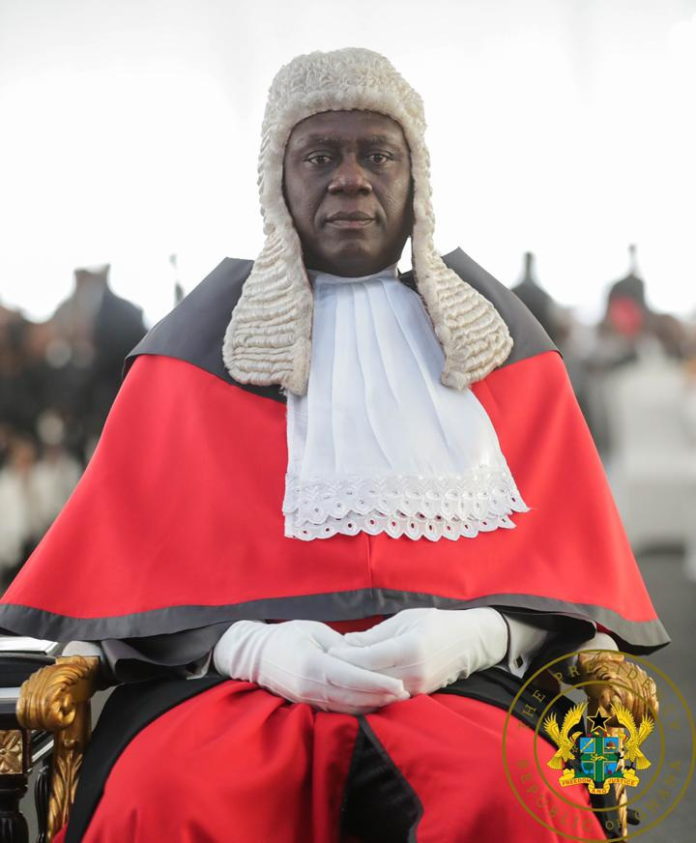 Chief Justice, Kwasi Anin-Yeboah, has confirmed the shooting incident that occurred in court on Wednesday, February 23.

A statement issued by Justice Cynthia Pamela A. Addo, Judicial Secretary on behalf of the Chief Justice, said this is the first time such an incident has occurred, hence causing fear and panic.

The statement indicated that investigations are underway into the incident.

“This is the first time such an incident has occurred within the courts, thus, likely to cause fear and panic.

“However, the general public is informed that thorough investigations are underway while security measures are being put in place to avoid recurrence,” the statement said.

A gunshot was accidentally fired in an Accra High Court on Wednesday, February 23.

The situation brought proceedings at the Criminal Court 5 to an abrupt end.

The shooting occurred from the weapon of a prison warden who was guarding kidnapping suspects, according to reports.

The officer was badly injured and had been rushed to the court clinic for medical attention.

The presiding judge at Criminal Court 5, Justice Lydia Osei Marfo suspended proceedings and reportedly, ran away for her dear life.