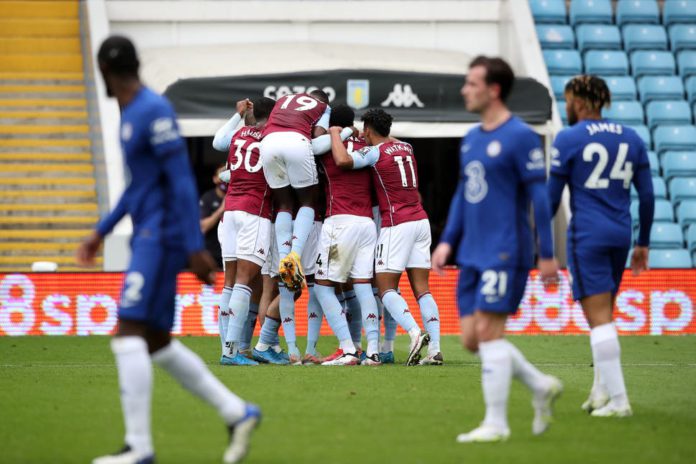 Chelsea reached the Champions League for another season, despite losing 2-1 against Aston Villa at Villa Park.

Thomas Tuchel’s side knew they needed to win to guarantee their place, but with Leicester City and Liverpool in action at the same time, there would be plenty of twists and turns. It proved to be that Tottenham did them a favour at the King Power Stadium.

For Villa, it was the perfect way to sign off in front of 10,000 fans after a progressive season under Dean Smith.

Mason Mount attempted to force the issue early with a couple of early attempts. His second, which was created by a Cesar Azpilicueta cross, was the Blues’ best chance of the first half, but he couldn’t keep it down.

It was from wide areas where Chelsea were getting most of their joy, with Azpilicueta and Ben Chilwell causing Villa all sorts of problems. But clear opportunities were still at a premium as the game went on.

After a spell of sustained pressure, Villa finally woke up. They twice won the ball high, but both John McGinn and Bertrand Traore failed to hit the target.

Half time was looming when the hosts went in front. Traore peeled off the Chelsea defence to meet Matt Targett’s low corner before finding the top corner with a slightly mis-hit effort.

After a positive start to the second half, Chelsea soon found themselves two down. Jorginho fouled Traore in the area, and Anwar El Ghazi dispatched the penalty past Kepa Arrizabalaga, who replaced Edouard Mendy at the break.

Moments after coming on, Kai Havertz shot over from Chilwell’s cross as a big chance came and went for Chelsea. But Chilwell himself then halved the deficit, powering home Pulisic’s cross despite Emi Martinez’s best attempt to claw it off the line.

Chelsea went in search of an equaliser, regaining their dominance from the first half. Martinez was forced into a brilliant late save to deny Chilwell, and Azpilicueta was sent off for reacting to Grealish. But their fate was sealed by events elsewhere. 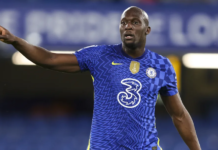