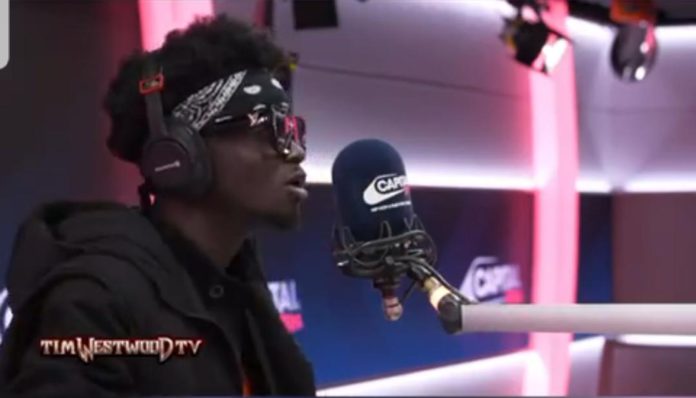 Rockstar Kuami Eugene has amazed Ghanaians once again as he delivers an impeccable freestyle on international platform Tim Westwood.

Kuami Eugene ‘murdered’ his verse on the British platform, and Ghanaians have been singing his praise since snippet of his session went viral.

After a successful show in London, Kuami Eugene took the opportunity to put Ghana on the map and impress Tim Westwood and his guests.

It is every artiste’s dream to be featured on the platform, hence the Rockstar’s zeal and determination he displayed.

He began his intro in English, before switching his flow to Twi, in the never-heard rhythm.

Netizens have described him as a giant in lyricism.