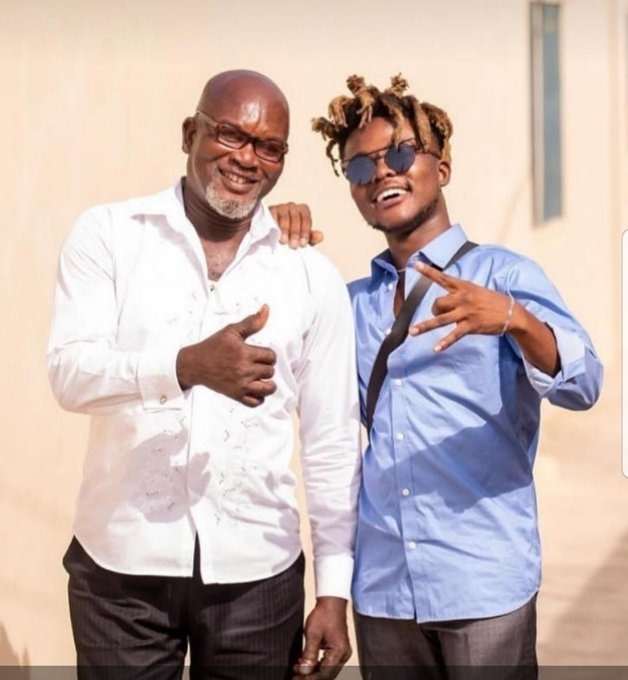 Yesterday, April 24 was a sad for Quamina MP and his family as his father was laid to rest.

In attendance were some musicians who traveled to Mankessim to throw their supports behind their colleague who has rather been silent following an accident that claimed his father’s life and left him, injured.

Quamina MP, who released a tribute to eulogize his father a few weeks ago, revealed that his funeral date would have been his 64th birthday.

“He’s always been there…Tomorrow, God willing, is his birthday…Coincidentally, Tomorrow we lay him to rest…Happy birthday in Advance Daddy… Love you,” the musician wrote in an Instagram post, Friday.