Actress and socialite Rosemond Alade Brown has bounced back to doing what she loves best – social media postings – after her lawyers managed to secure bail for her pending the determination of an appeal they have filed.

Akuapem Poloo, as she is popularly known, is back to her usual self on Instagram, continuing her drama from where she left off.

Barely 24 hours after she was bailed, the actress has organized a press release, followed by a social media ‘thank you tour’.

In the first five posts, she made on Instagram, two were in relation to her press conference.

The third was a photo of herself along with some motivational words to eulogize herself for her strength.

And the last two, a self-made video to thank her well wishers and another specially for Kuami Eugene who took off his braids to demand her freedom. 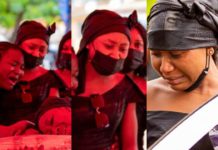 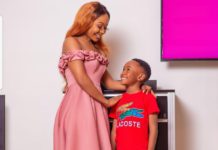 Men! These are 3 signs to know that you satisfy your...