A video making rounds on social media has captured a broad daylight robbery reported to have happened in Congo.

A young lady’s bag was snatched by two thieves also on motorbike as she alighted from a commercial motorcycle known in local parlance as ‘okada’.

The footage showed the exact moment the thugs overpowered her and snatched her bag.

The rider of the motorbike she had boarded also sped off before reality could even dawn on her, leaving suspicion he is also an accomplice.

The distraught victim staggered across the road in dismay. 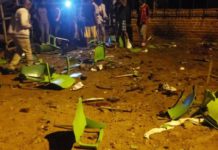 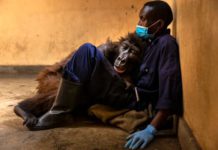 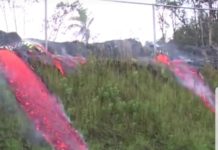