He recalled the first time he met the musician in 2004 during the birthday celebration of former President John Agyekum Kufuor.

Captain described Kofi B as one of Ghana’s true music gems, adding that, he was so down-to- earth.

Fellow highlife artiste, Kofi Nti, who was with him at the time of his death said he died on Sunday dawn, where he complained of heart pains.

Upon reaching the hospital in Cape Coast, Kofi B began sweating profusely and later started vomiting, Mr Nti said in an interview.

“He talked about feeling hot before he started vomiting. The doctor gave him some injections and gave him oxygen. I know the doctor did his best; he died about 3:am,” he said.

In an interview with the doctor who saw him give up the ghost, he said Kofi B was “restless and had a very High Blood Pressure (BP). His BP was around 150/120. He had difficulty in breathing and had profuse vomiting.” 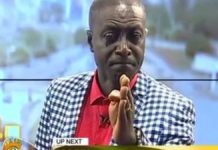 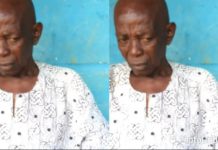