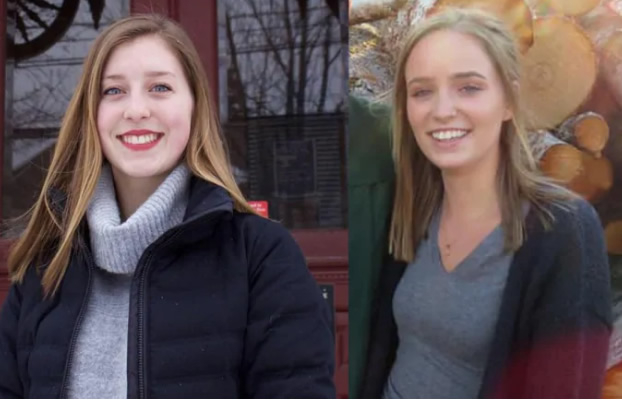 An audio recording was played in the trial of the four persons who allegedly demanded $800,000 ransom from the parents of two Canadian girls they kidnapped in 2019 in Kumasi, Ashanti Region.

In the eleven-minute long audio, played in court, unidentified voices were heard plotting to get 10-round ammunition, a bigger rifle, as well as hiring a car to undertake the alleged kidnapping.

The recording was in the nature of mobile phone calls conducted in pidgin English, which was transcribed in a police report and filed by the prosecution.

The accused, Sampson Aghalor, also known as Romeo, Elvis Ojiyorwe, Yusif Yakubu, and Jeff Omarsar had pleaded not guilty to conspiracy to commit a crime, kidnapping, and unlawful imprisonment.

The Criminal Division 5 of the Accra High Court presided over by Justice Lydia Osei Marfo heard yesterday that the police obtained the information via mobile phone built with an automatic recording function, and an exhibit in the case to extract the audio.

He had told the court that he examined 10 mobile phones, some labelled with names, while others were not labelled.

During cross-examination, Mr Oliver Atsu Abada Sampson put it to Sgt Essel: “Did you in the course of examining information from these 10 devices come across any of the names of the accused persons”?

Sgt Essel answered in the negative but said there were names like Yussif and Romeo on some of the devices.

On Friday, October 18, 2019, the Attorney-General’s office dropped charges against four other accused, Seidu Abubakr alias Mba, Abdul Nasir, Safiano Abubakar, and Abdul Rahman Suleman charged together with Aghalor and others.

Senior State Attorney, Hilda Craig, told the court that the move follows a review of the docket prepared by investigators.

Following that, the trial judge, then Justice George Buadi discharged the accused.

Mrs Craig, however, informed the court the state is proceeding with the case against Aghalor, Yussif, Omarsar, and Ojiyorwe.

Narrating the facts, Mrs Craig said the four, three Nigerians and one Ghanaian, in 2019 planned to kidnap white people to demand money from their families.

According to her, on June 4 that year, they kidnapped two Canadian girls, who were volunteers in Kumasi.

She said they touched the girls inappropriately and smeared their bodies with fowl blood and forwarded to their families as they demanded money until the girls were rescued by joint police and National Security team during a shootout.

The case has been adjourned to April 19.