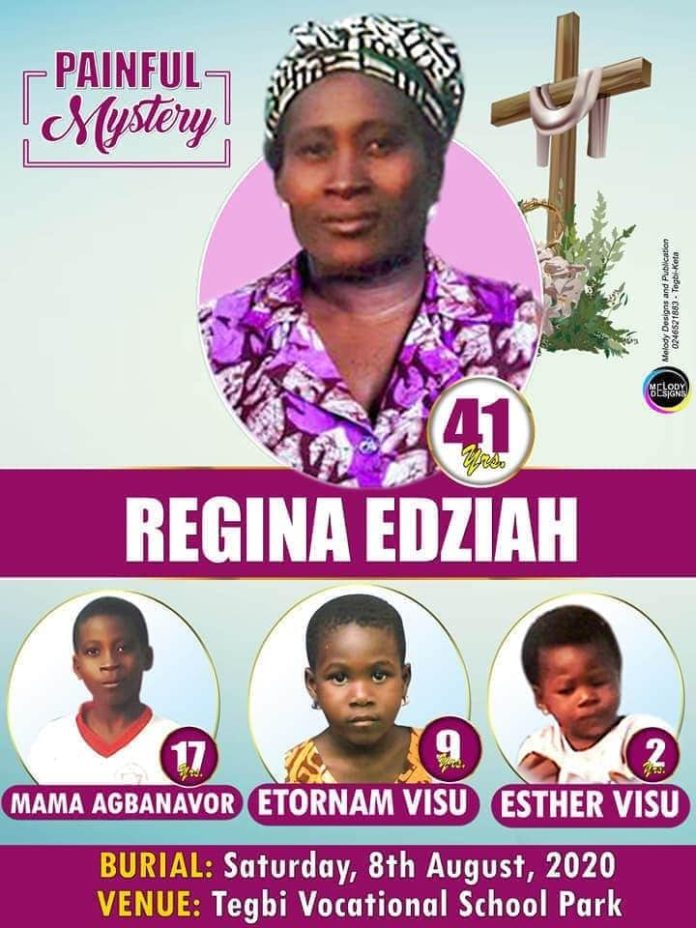 The burial date has been announced for a family killed by a jubilating GH¢1,200.00 lottery winner at Tegbi Vakpomda in the Anlo District of the Volta region.

Three of the persons, Madam Regina Edzia and her three children died instantly, while the remaining two were pronounced dead on arrival at the Keta Government Hospital.

The family met its untimely death on July 1, when, the lottery winner, Wisdom Kpodo drove into its home while celebrating his win.

The deceased are set to be buried on Saturday, August 8, 2020, at Tegbi Vocational School Park in the region.

He jumped into a taxi, with registration number GT 4482 U, about 4:00 pm, with two of his friends and drove recklessly, thereby, killing five on the spot.

The driver is reported to have attempted to overtake three vehicles in a row, and in the process lost control of the steering and veered into a house, which was 40 metres away from the road, ending the lives of the five persons.