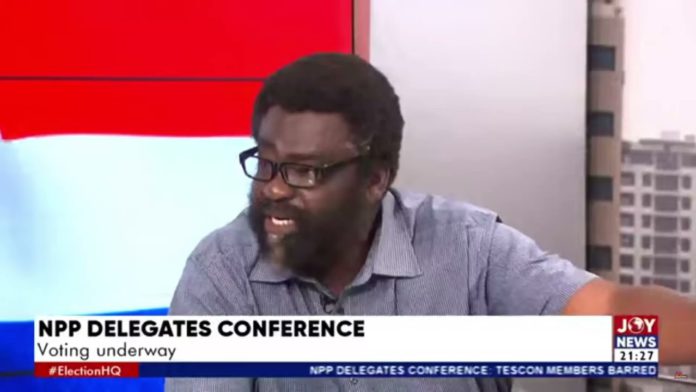 Political Science Lecturer at the Kwame Nkrumah University of Science and Technology (KNUST), Dr Richard Amoako Baah, has said that the New Patriotic Party’s (NPP) hopes of retaining power in the next election could be difficult.

He explained that the party can achieve this only by performance and not words.

Speaking on Top Story, Friday, Dr Baah noted that the general public’s perception of the party being unable to ‘break the 8’ is a reflection of the party’s performance in governance.

“It is your performance that breaks whatever you want to break not you yourself saying it…it is others who are going to vote to look at your performance and they thought that they will break it for you so we see these things because there is lack of performance,” he stated.

Dr Baah was reacting to the Global InfoAnalytics survey report which revealed that 70% of eligible voters doubt the ability of the New Patriotic Party to win the 2024 general election.

Its October 2022 report indicates that the majority of the voters have ruled out the possibility of the NPP ‘breaking the eight’.

“On the question of whether the NPP can ‘Break the Eight’, approximately 70% of voters do not believe the NPP can win the 2024 election, whilst 19% believe so and 10% have no opinion”, a summary of the survey disclosed.

Meanwhile, the Political Science Lecturer believes the survey is not scientific although it gives an idea of where the country is heading.

He says the unpopularity of President Akufo-Addo is a clear testimony of the position of the NPP in the 2024 elections.

“The party in power and especially when the leader, the President becomes this unpopular it is very easy to decide where this is going. You will know the outcome beforehand but this research is unscientific that is all it is.”

The survey also revealed that former President John Mahama will beat the two frontrunners of the New Patriotic Party (NPP) in the 2024 elections.

According to the report, Ghanaians will prefer Mahama as the next president of the country over Dr Mahamudu Bawumia or Alan Kwadwo Kyerematen.

“In the general elections, the poll shows Mahama (JDM) continues to lead his potential rivals from the NPP, Bawumia (DMB) and Alan Kyeremanten (AKK) by a significant margin if the elections were held today. 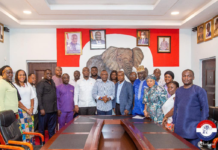