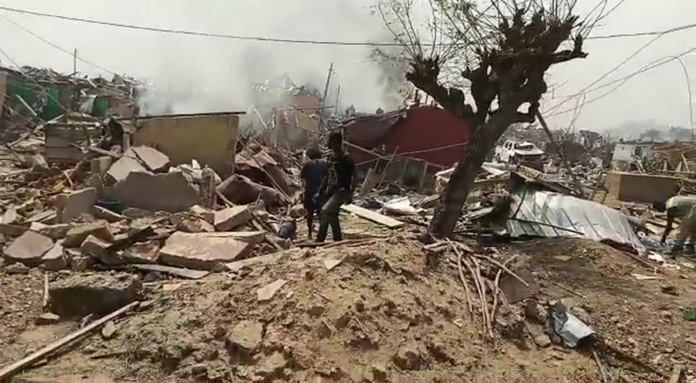 Member of Parliament (MP) for Tarkwa-Nsuem Constituency, George Mireku Duker, has made a shocking revelation following the explosion that occurred at Apiate near Bogoso, in the Western Region on Thursday.

According to him, after the motorcycle crossed the vehicle, the impact was so severe and so the driver got down to check the impact of the vehicle loaded with explosives.

“The driver got down and checked the impact of the collision only to see that the truck had caught fire and so he started shouting and asked residents who drew closer to go back or run after sensing danger.

“However, they didn’t budge but rather drew closer to the scene to witness what had happened and immediately the explosives detonated and killed some of them. Also, a transformer closer to the scene caught fire and exploded in the community,” he narrated.

Mr Duker said they cannot give the exact number of deceased persons yet due to the severity of the issue, adding that a number of the residents have also been sent to the hospital.

The MP, who doubles as the Deputy Lands Minister, said everything is under control and he will investigate the matter.

He further extended his condolences to the families of the deceased and wished the affected victims a speedy recovery.