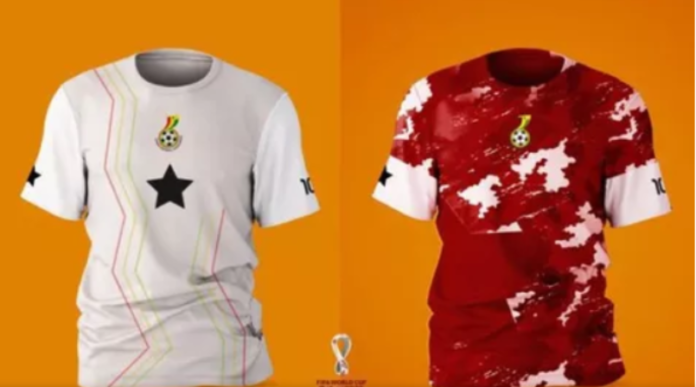 Black Stars’ jerseys for the 2022 World Cup, scheduled to be hosted in Qatar later this year, have leaked.

The kits were produced by German kits manufacturers, PUMA according to reports.

Images of the new jerseys for both the home and away jersey has been circulating online, purported to be the official jersey to be used by the team at the Qatar World Cup.

The kit, created by using Puma, has a shiny and desirable white format with a red, gold, and green stripe sample on the front.

The away uniform, on the other hand, is fashioned in a blood-like pattern (all red) with a hint of white.

Ghana has been placed in Group H alongside Portugal, Uruguay, and the Korean Republic.

The Black Stars begin their campaign at the tournament against the 2016 European champions at Stadium 974 in Doha on November 24, 2022.

Having failed to perform in Brazil in 2014, the Black Stars will be hoping to improve their performance in the Arab country.

Ghana’s best performance came in 2010 in South Africa. The country failed to play in the last edition hosted in Russia in 2018. 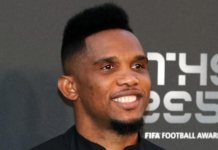