Eight corrections officers at the Ramsey County, Minnesota, jail where former Minneapolis Police Officer Derek Chauvin is being held say they were briefly barred from the floor where he was held the day he was booked into the jail because of the color of their skin, according to discrimination charges filed with the Minnesota Department of Human Rights.

The officers allege that on May 29, when Chauvin was charged with murder in the death of George Floyd, they were told to report to the third floor of the jail.

“When we arrived on the 3rd floor, we realized that the facility’s employees of color were all on that floor, and that we had been segregated from the 5th floor,” where Chauvin was to be held, one employee’s charge of discrimination said.

Steve Lydon, the corrections facility superintendent, soon reversed the decision, but all eight employees said they were “deeply humiliated” by “the segregation order,” the charges of discrimination said.

“I believe Ramsey County’s actions were discriminatory because they openly singled out and segregated officers of color because of our skin color,” the officers said in their complaints.

Jail official gives his side of the story

Lydon said when he was notified May 29 that Chauvin would soon arrive at the jail, he made the decision to reassign some corrections officers to other posts, according to a statement provided by the Ramsey County Sheriff’s Office.

Chauvin, who is white, and other officers knelt on Floyd, a black man, during an arrest in Minneapolis.

Floyd’s death and the release of bystander video of the arrest sparked protests across the nation.

“Recognizing that the murder of George Floyd was likely to create particularly acute racialized trauma, I felt I had an immediate duty to protect and support employees who may have been traumatized and may have heightened ongoing trauma by having to deal with Chauvin,” Lydon said.

“Out of care and concern, and without the comfort of time, I made the decision to limit exposure to employees of colour to a murder suspect who could potentially aggravate those feelings.”

Lydon said he reversed his decision with the hour. “Shortly after making the decision, Corrections staff expressed concern with the change and within 45 minutes I realized my error and reversed the order,” he said.

“I then met with the individuals that were working at the time and explained to them what my thought process was at the time and assured them that the decision was made out of concern for them and was in no way related to a concern regarding their professionalism or Chauvin’s safety.”

“I realized that I had erred in judgement and issued an apology to the affected employees. “In a statement, the officers’ lawyer, Bonnie Smith, said the change came too late.

“At that point the damage had been done. Shifts had been reassigned and at least one officer of color who was assigned to the 5th floor over the weekend was reassigned to another floor for the duration of Chauvin’s detention at the jail.”

According to a statement from the Ramsey County Sheriff’s Office, Lydon’s duties have been modified while Sheriff Bill Fletcher reviews the circumstance to discern whether additional action is needed.

The Minnesota Department of Human Rights Communications Director Taylor Putz tells CNN that state law doesn’t permit the organization to release a charge of discrimination or other information regarding a case until it is closed.

Further, Putz says the Department has not closed the case into the matter and cannot provide comment.

The officers in the legal action identify themselves as African American, Hispanic, Pacific Islander American or mixed race.

They are demanding steps be taken to address to ensure that discriminatory behavior never happens again at the Ramsey County Adult Detention Center as well as compensation for their emotional distress and lost earnings, Smith’s statement said.

Smith says one of her clients was stopped in the middle of booking Chauvin and told he would not be transporting Chauvin to his unit, Smith said in the statement.

Another officer said correctional officers of color were informed in the middle of responding to an emergency call that they would not be permitted to complete the emergency protocol until white officers arrived, since it involved going to the fifth floor, Smith said.

“The Ramsey County Sheriff’s Office segregated hardworking employees of color away from a high-profile inmate solely due to their skin color,” Smith said in the statement.

“Sorting employees by their race and skin color was deeply degrading and humiliating, not to mention illegal. These correctional officers come to work every day to keep our community safe and employment decisions should be made based on their performance, not the color of their skin.” 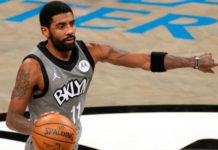 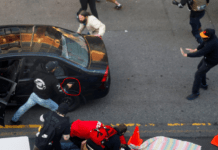