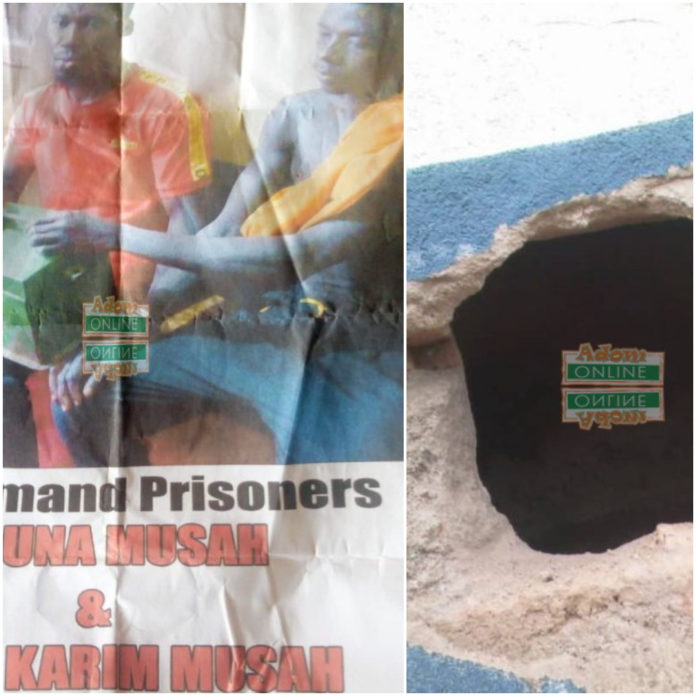 The Ayomso Police command in the Asunafo North Municipality of the Ahafo region is on a manhunt for two suspects who escaped from police cell.

Confirming the incident on Adom FM’s morning show Dwaso Nsem Friday, the Divisional Crime Officer for Goaso, ASP Florence Sackey-Clark said the suspects, who are brothers, were standing trial at the Goaso Magistrate Court for stealing GH¢8,600.00 belonging to some farmers at Ayomso.

ASP Sackey-Clark said the suspects, who were charged for stealing and unlawful entry, drilled a hole in the washroom of the police cells and escaped on the blind side of the policemen on duty.

She said when such incidents happen, the policemen are given a number of days to search for the suspects as investigations continue.

ASP Sackey-Clark, therefore, assured the public to remain calm as the police are working hard to ensure that the suspects are rearrested.