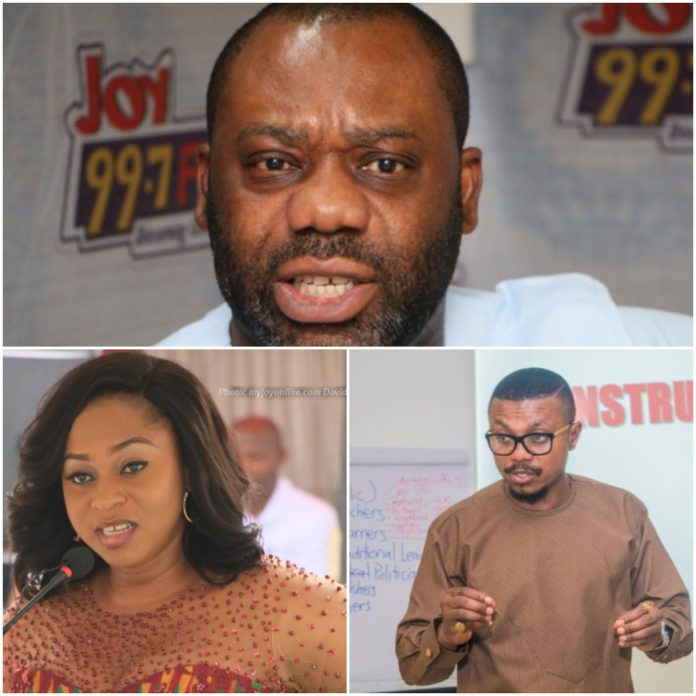 Some ministers in the Akufo-Addo government and other government appointees have been listed as beneficiaries of GETFund scholarships, which are meant for needy but brilliant students.

A performance audit report of the Auditor-General on the administration of scholarships by GETFund revealed that Education Minister Matthew Opoku-Prempeh, Procurement Minister and Deputy Majority Leader in Parliament, Sarah Adwoa Safo as well as the Executive Secretary of the National Council for Curriculum and Assessment (NaCCA), Prince Hamidu Armah have all benefited from the scheme.

The Education Minister is listed as studying National and International Security at Harvard University, receiving $12,800 for living expenses and $11,200 as tuition fees.

The minister has since denied the Auditor General’s report in a text message he sent to Asempa FM’s Ekosiisen producer, Dominic Kissi Yeboah which he has made available to adomonline.com.

I as education minister, have received no sponsorship from getfund for any course or program of study, Mr Opoku Prempeh’s response to Dominic read.

Dr. Armah is studying Philosophy in Education at the University of Aberdeen, which comes with a benefit of £38,400 for living expense in addition to £33,000 for tuition fees.

Reacting to the list, Kunbungu MP, Ras Mubarak posted on Facebook saying: “Some ministers in the Akufo-Addo government and other government appointees have been listed as beneficiaries of GETFund scholarships, which are meant for needy but brilliant students.”

Meanwhile, former Metro TV journalist, Hajia Ramana Shareef whose name is part of the list has said the monies were never paid.

“So this country called Ghana, why at all are we so wicked to ourselves. You put my name on a list of scholarships beneficiaries, which you never paid! So who took the money? I am so angry right now. Samson Anyenini, please I need to talk to you urgently,” she wrote on Facebook.