The General Secretary of the National Democratic Congress (NDC), Johnson Asiedu Nketia, has been warned against accepting any opportunity to serve as John Mahama’s running mate in the 2020 general elections.

A group calling itself the concerned youth of Brong Ahafo region who issued the warning has urged Mr Nketia to rather concentrate on his job as the chief scribe of the party.

Rumour, especially on social media, has it that Mr Nketia may be appointed as running mate to the NDC’s presidential candidate, Mr Mahama who is the party’s candidate for the 2020 general elections.

The NDC is expected to name a running mate who is well versed in economic issues, ostensibly to match the economic prowess of Vice President, Mahamudu Bawumiah.

Faisal Ibn, the spokesperson for the concerned youth of Brong Ahafo region has said though they have no concrete reason why Mr Nketia cannot serve as running mate, they believe the moment is not right for him.

We have been hearing from sources within our party that Asiedu Nketia is being considered for the running mate position. We the youth of the Brong Ahafo region are against this development. He is not the right person for the position at this particular moment, Faisal told Accra-based Neat FM, monitored by Adomonline.com.

The group, however, Dr Kwabena Donkor and Eric Opoku as persons the believe could be considered for the running mate slot.

As we speak now, we have two NDC big wigs on our table – Dr Kwabena Donkor and Mr Eric Opoku; they are the ones we have heard are being consulted , his he stated. 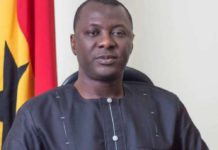 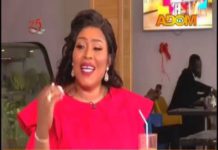