There is compounding woes for embattled former Member of Parliament (MP) for Assin North, Joe Gyaakye Quayson, as the governing New Patriotic Party (NPP) says it will cite him for contempt for still carrying himself as MP.

The Cape Coast High Court last week annulled the parliamentary election in the Constituency on the basis that the MP was not qualified to run at the time because he had not completed the processes leading to the renunciation of his Canadian citizenship.

The court also barred the MP from carrying himself as MP.

But speaking with Chiefs and People of Assin, the embattled former MP insisted he was still MP, a position that has been described as untenable by National Youth Organiser of the NPP, Henry Nana Boakye.

But the National Youth Organizer of the NPP, Henry Nana Boakye, speaking on Top Story on Joy FM, said the statement is in clear disregard of the ruling of the High Court.

“The High Court is a competent court of jurisdiction. The court in its judgement said you’re no more the MP, don’t hold yourself as an MP and clearly the man is saying that to hell with the judgement you gave last week, I am still the MP.”

When asked by Evans Mensah, host of the show whether the NPP will pursue a contempt charge against the former MP, Mr Boakye responded in the affirmative.

“The kinds of things Nana B is talking about are his own creation. The honourable MP has not said anywhere that to hell with the court, he hasn’t said that he doesn’t respect the decision of the court.

“What he has stated is his personal opinion, which is that he still remains the validly elected MP for Assin North Constituency.”

The lawyers for embattled MP have filed a Notice of Appeal in Cape Coast, following the annulment of the 2020 Parliamentary election. According to the lawyers, the decision of the Cape Coast High Court was not based on settled laws and was in clear violation of the 1992 constitution.

They want the appeals court to overturn the decision of the High Court.

The Criminal Investigations Department (CID) of the Ghana Police Service has also invited the embattled former for interrogation.

This follows a complaint lodged by the Central Regional Secretary of the New Patriotic Party (NPP), Richard Takyi Mensah.

A source at the Police CID Headquarters said Mr Quayson has been served with a letter to appear before it for interrogation. 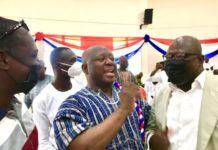 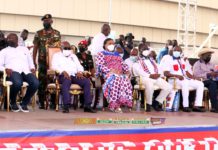 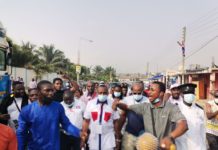