“I am very proud we entered into the GPGC agreement under Mahama administration,” says General Secretary of the National Democratic Congress (NDC), Johnson Asiedu Nketia.

According to him, the deal was in the best interest of the nation, hence anybody against it must go into retrospection.

“I disagree with anyone who will describe it as bad; that person needs a rethink because I see it as an attempt to defraud the people,” he said on Adom FM’s Dwaso Nsem.

The state is paying a $170 million judgment debt as a result of the cancellation of the  Power Purchase Agreement with energy company GPGC.

The judge in the London arbitration also ruled that the basis of the decision to terminate the agreement did not reflect the true facts.

According to the Attorney General, Godfred Dame, a report by a committee constituted in September 2016 revealed that the agreement was not properly made resulting in excessive power supply.

But General Mosquito, as he is widely known, has argued the terms and conditions were very favourable than that of Ameri and other power purchase agreements.

He stressed the deal was an investment to increase the country’s power generation capacity and not to exceed it.

“They took a position to terminate the contract but we want to understand what made it bad and they must be able to prove it,” he demanded.

Meanwhile, he added: “We [NDC] are not afraid of any probe but we want to understand what exactly is there to investigate.” 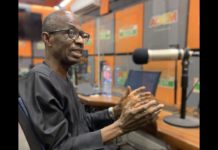