The Alliance for Social Equity and Public Accountability (ASEPA) has described the University of Ghana’s communiqué on the decision taken against Prof Gyampo and Dr Butakor as harsh and smelling of political interference.

According to ASEPA, the communiqué failed to address the subject matter and the core allegations made against the two respondents satisfactorily.

“The University failed to make a pronouncement on the subject of the expose and the hearing which was “Allegations of Sex for Grades and found these two lecturers guilty only on misconduct contrary to Regulation 15 of the University’s Code of Conduct,” the statement said.

In a statement signed by the Executive Director, Mensah Thompson, it said: “There seems to be a clear attempt to gag these respondents and to court fear among the academic community going into the 2020 elections, especially in the case of Prof Ransford Gyampo who has been very outspoken and known to be very critical of the Government.”

The statement further said the preferred punishment for breaching such regulations ordinarily does not include withdrawing of the employee’s basic salary or undergoing positive assessment training or annual assessment before resumption of duty.

“The University failed to take into accounts the 4 months period for which the respondents have remained interdicted contrary to the sentencing regime in our Justice delivery system which makes the sentence of 6 months and 4 months suspension without pay unlawful contrary to Section 69(2a) of the Labour Act of Ghana, Act 651,” the statement added.

ASEPA has, therefore, urged the University to allow the sanctions of the lecturers to take retrospective effect, starting from the day they were interdicted and also restore the basic salaries of these lecturers throughout the remaining period of their sanctions. 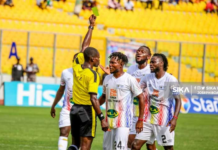 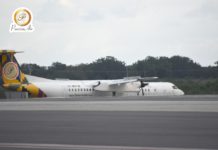